"The majority of horseshoe plaque trivets date from the late 1800s through the early 1900s, paralleling a period when fraternal orders were at their peak of popularity." The Expanded A-Z Guide To Collecting Trivets, page 54. 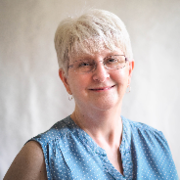 (Above) The Eagle Horseshoe photographed here has never appeared in any of the reference books. While bidding for it, neither the owner nor we had the foggiest idea of what organization this plaque represented. On the E/H is the outline of a shoe last, cobblers hammer and an odd form of pliers.

After spending nearly a day searching information on the internet, we finally hit the nail on the head.  The L.P.U. on the plaque represents the "Lasters' Protective Union".  A Labor Union organized in Auburn, Massachusetts on December 27, 1879.  Lasters were the tradesmen that hand produced shoe lasts - the wooden forms upon which shoes were made.  Auburn, Massachusetts had been one of the nation's largest center of shoe manufacture and was wracked by strikes, violence and labor disputes all stemming from laborers attempting to improve their wages, hours, and working conditions.

(Below) And a second unusual horseshoe from the Kotrba collection ... Through internet research the only hit that came up for IKR that made sense is the Illinois Knight Riders - a splinter group of the KKK. The plaque appears at one time to have been highlighted in a reddish/orange paint and much of the original glitter is still present.

Little information is available on the manufacturing history of firms that produced these plaques. Collectors estimate 150 to 200 different Eagle Horseshoe variations were manufactured between the years 1880 and 1920.