PITCA members Kevin and Kate McCartney live in Caribou, Maine. They have produced a series of videos about iron collecting, titled Kevin Talks Irons, that can be found at Kate McCartney on YouTube.

#1 The Premiere This video is an introduction to the fascinating world of antique pressing irons. It is of especial interest to antique dealers, those interested in the evolution of technology (particularly in the 19th century), scholars of historical fashion, as well as providing a glimpse into a world of days gone past.

#2 The Humble Flat Iron This video is the second in a series about collecting antique pressing irons. It is designed to educate and inform the generally curious, the antique/collectible shop owners, dealers and pickers, and anyone interested in the history of the evolution of this ubiquitous household item.

#3 Detachable Handled Irons Kevin explores the rise of the detachable-handled flat irons as the logical next step forward from the humble flat iron.

#4 Slug Irons Come and join Kevin as he describes the world of European and American "slug" irons - irons heated with removable "slugs" that are heated and inserted.

#6 Gas Irons The iron adventure continues, this time focusing on natural gas irons. Enjoy the blooper reel at the end.

#7 Gas Jet Irons Here is a brief overview of an often overlooked category, the gas-jet irons.

#8 Liquid Fuel Irons In this video, Kevin presents liquid fuel irons from 1889 to the 1960s Coleman.

#10 Polishing Irons Here is a short overview of the types of polishing irons and their origins.

#11 Sleeve & Seam Irons This video is about the long and narrow irons: the sleeve and seam irons.

#12 Hat Irons Come and explore the world of the various irons used in the making and maintenance of hats.

#13 Sad Iron Stands (Trivets) Kevin has a substantial collection of flat iron shaped and double pointed sad iron stands and shares a general overview of the subject in this video.

#14 Collecting Old Irons Kevin goes into his basic philosophy about collecting irons, with a summary of the various subjects that irons collectors also may collect. The limits and focus of his own collection are then presented.

#16 Machine Fluters Kevin talks about Victorian fluting machines that produced crimped fabrics for the fancy clothing of that era.

#17 Let's Go Fluting Kevin demonstrates how fluting irons were used, firing up three different kinds and trying them all.

#18 Combination Fluters The fourth installment in the fluting series, this video goes into detail about the history of the combination fluters, a uniquely American gadgety group. It is a little longer than the other videos, as there is a lot to say about them.

#19 Rotary (Rotating) Irons Sit down for a few minutes with Kevin to get an overview of the world of rotary irons.

#20 Buying Old Irons Kevin describes his techniques and strategies for buying irons for his collection, with advice for novices and experts alike.

#21 Researching Old Irons Kevin gives an overview of the essential books and magazines that every iron collector's library should have.

Enjoy these videos? Subscribe to Kevin & Kate McCartney's YouTube channel and give their videos a Thumbs Up! 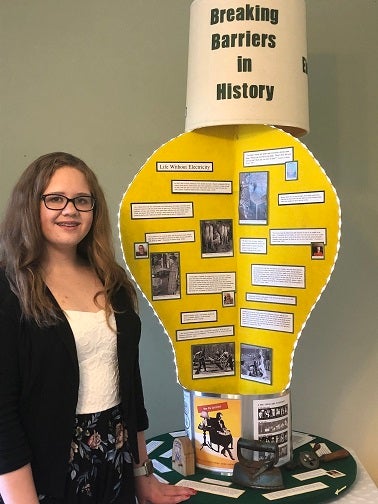 Kent Lund is the host of this local cable show on Bloomfield Community Television. BCTV  has grown to become one of the premier community television stations in the nation. Its programs focus on the people, places and events that enrich the lives of the residents of Bloomfield Township, Bloomfield Hills and neighboring Birmingham area communities.

Sad Iron Man: A Maine Geologist Wants You To Know How We Used to Press Our Clothes.

The Collection of Erik Oblak, Slovenia * 1/20

Erik Oblak from Slovenia has shared a link to his collection of old irons. His message: "I wish all Pitca Collectors a Happy New Year 2020!" 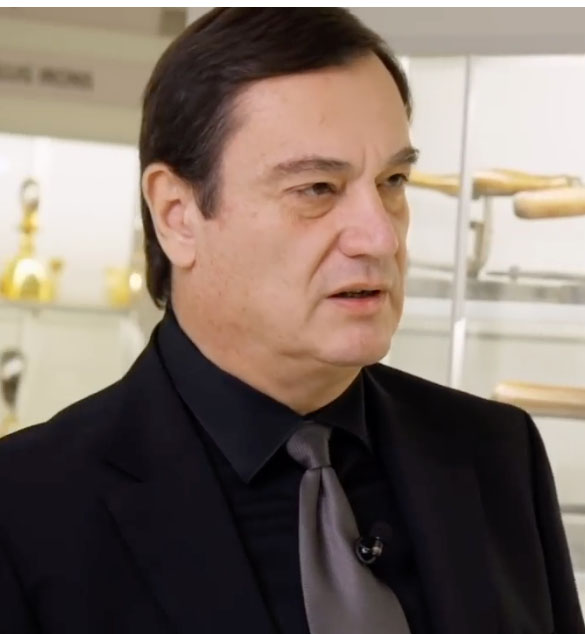 Enjoy this special December 1, 2019 edition of "Exclusiv in Romania" broadcast on TVR1 by Cristi Tabără and his team as they tour the museum and interview Ion Chirescu.

Don't understand the language? No problem ... enjoy the music and feast your eyes on the exhibits! Irons and trivets are featured in the first 17 minutes.