"Irons that are about 5" or smaller are considered small irons. Many of these irons were not made solely for children, but others were made as toys. As with the regular sized irons, look for the more decorative and those with makers marks and patent dates. Original paint enhances the desirability and value." David Irons, Irons By Irons, page 129. 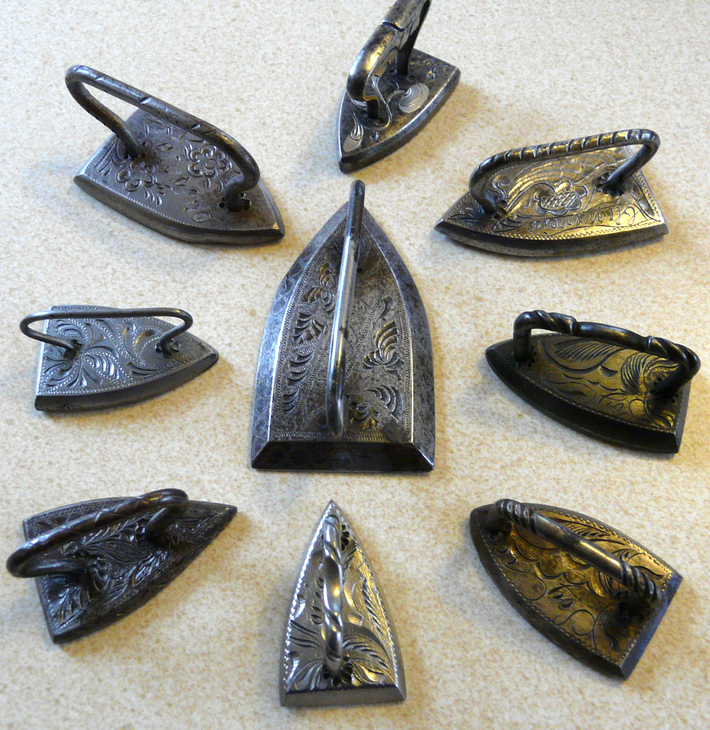 Amozoc or God-child irons are believed to be the creations of metal-smithers who lived in a small village called Amozoc in the central Mexican state of Puebla.As the story goes, when one of these artisans wanted to honor a female child, such as one of their godchildren, they took up a scrap bit of blue steel, and sometimes a bit of silver, and fashioned a miniature iron for her. They also offered hand-crafted irons to tourists who came through this area by train.

☆ A Benefit of PITCA Membership: Melissa Blankenship's research paper and photo album on Amozoc Irons is available to PITCA members in the Members Only/Bonus Materials section. 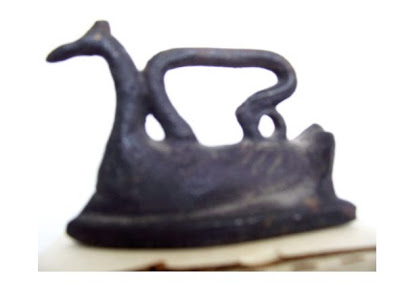 Did you see this eBay Auction back in 2011 and pass right by it? Well, look at the ending price: $362.57! Turns out this Harper Swan Iron is very collectible and is the topic of a Blog post by PITCA member Lynn Rosack.